Indonesia's geographical location in ASEAN and between two oceans has a significant economic but also geostrategic relevance. The countries foreign policy positioning through priority projects like maritime axis, the engagement in regional and international fora as well as a national culture of solidarity and plurality are important references for just and peaceful development in the region and beyond.

Becoming one of the biggest welfare states worldwide Indonesia is a reference for countries in the region and beyond. On regional level these developments are also a strong reminder that the ASEAN Social-Cultural Community should get the same attention as the Economic community. Especially since developments under the two pillars are intertwined and therefore influencing each other. FES together with its partners is paying tribute to this by supporting debates on the caring and sharing society.

Indonesia is the largest economy in South-East Asia and within ASEAN. It's also the country with the largest Muslim population worldwide. With its 260 million inhabitants it is the fourth largest country in the world, the most populous country in the region and an important factor for regional labour mobility. The conditions and motivations for labour migration raise increasing attention and need cross-border coordination. The FES therefore supports cross-country exchanges on the implications and challenges of regional migration through research and seminars.

With 560 ethnic groups in Indonesia and different religious beliefs tolerance of the different - manifested in the state ideology Pancasila - is the essence of Indonesia's social harmony and a showcase for nurturing and preserving plurality. The FES is therefore pleased to support its partners to promote religious, ethnical and philosophical plurality in the country and across borders. 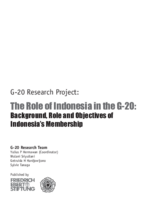 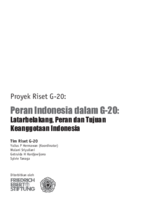