Together with University Driyarkara and in cooperation with the Coordinating Ministry of Human Development and Culture (Kemenko PMK) FES Indonesia organized a seminar on: Pancasila as a way of life: The path to Bhinneka Tunggal Ika on the 19th of September in Jakarta. 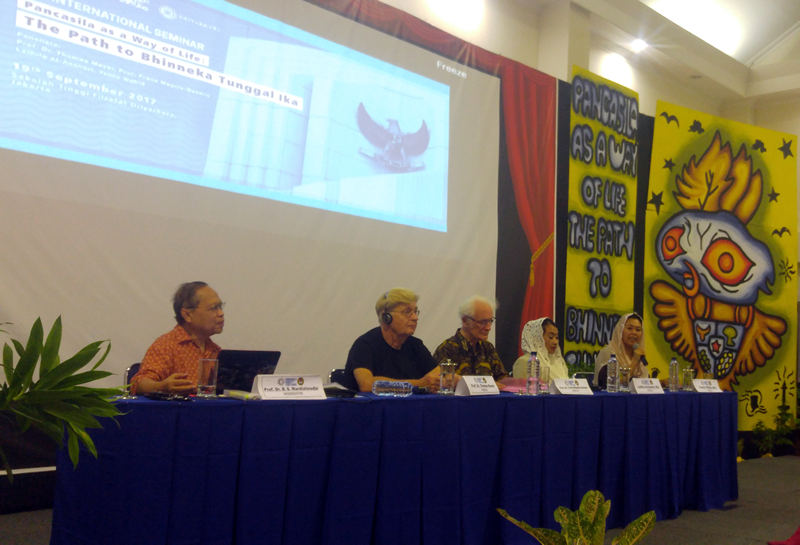 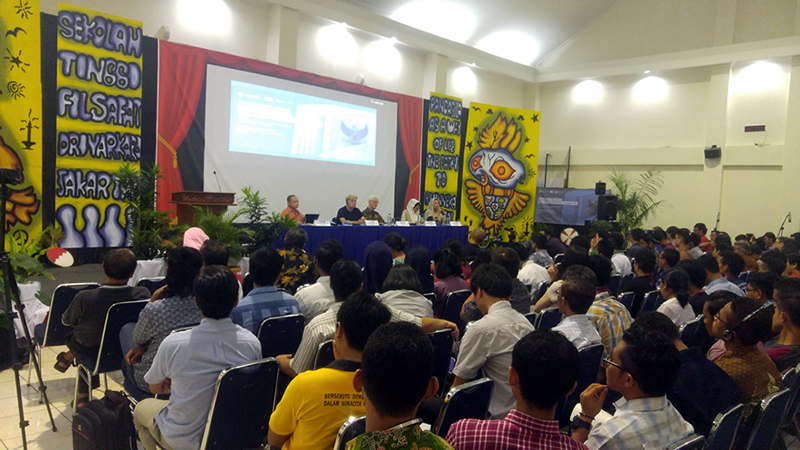 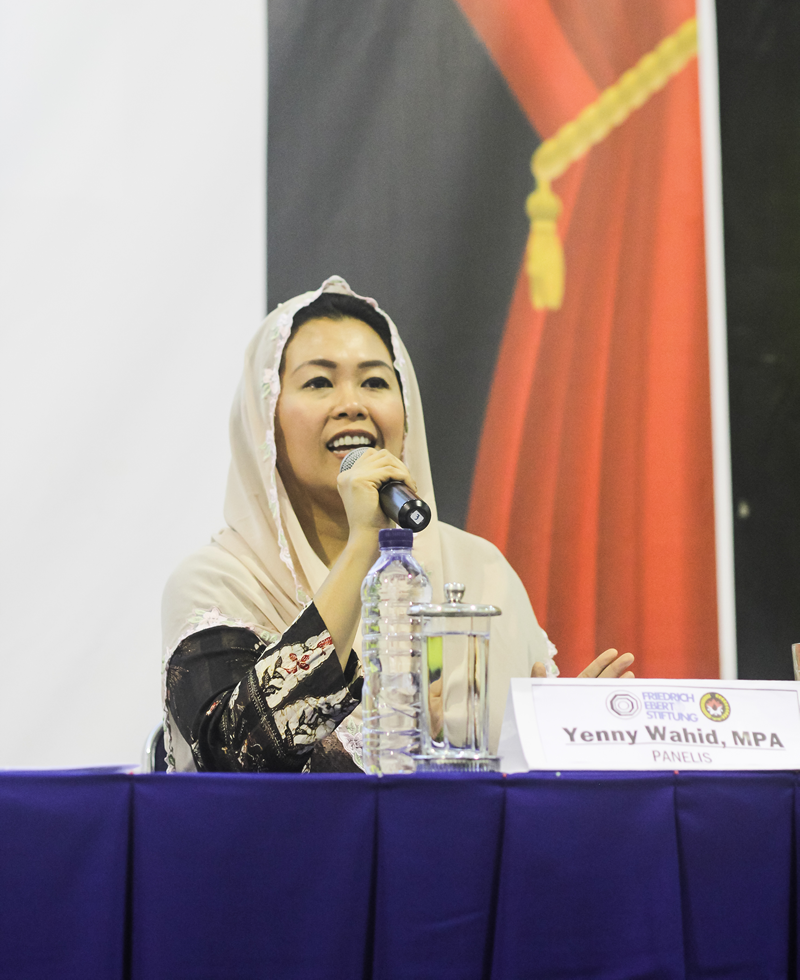 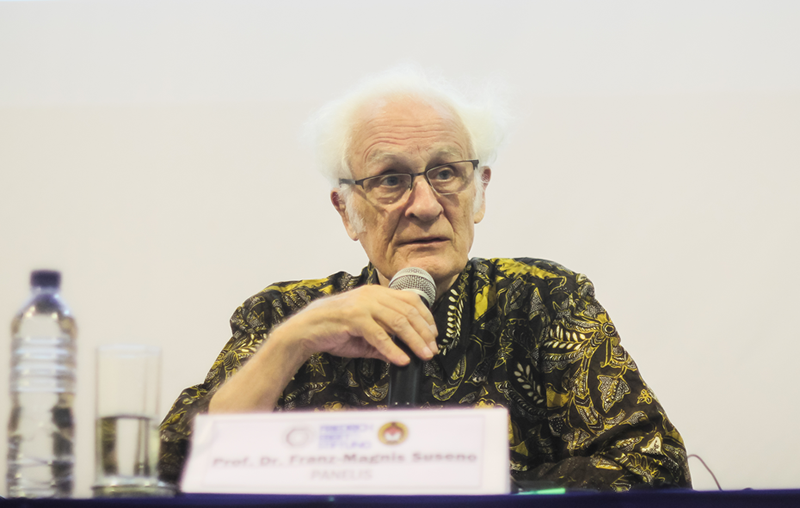 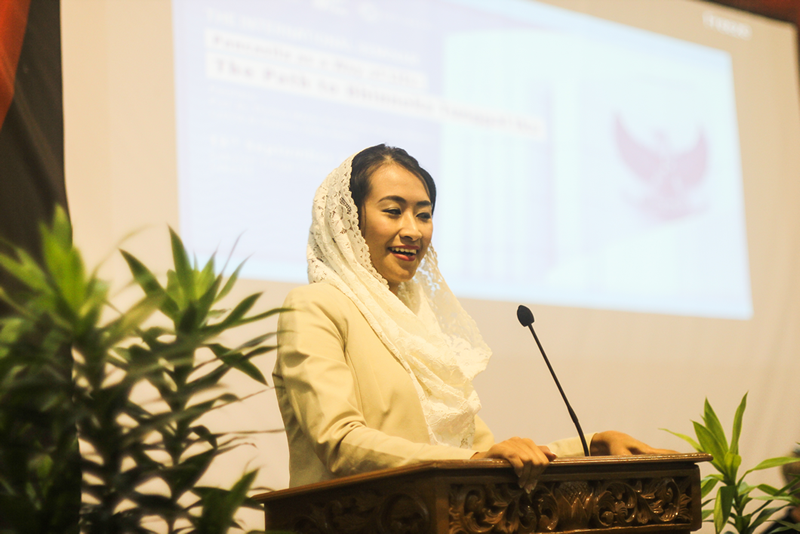 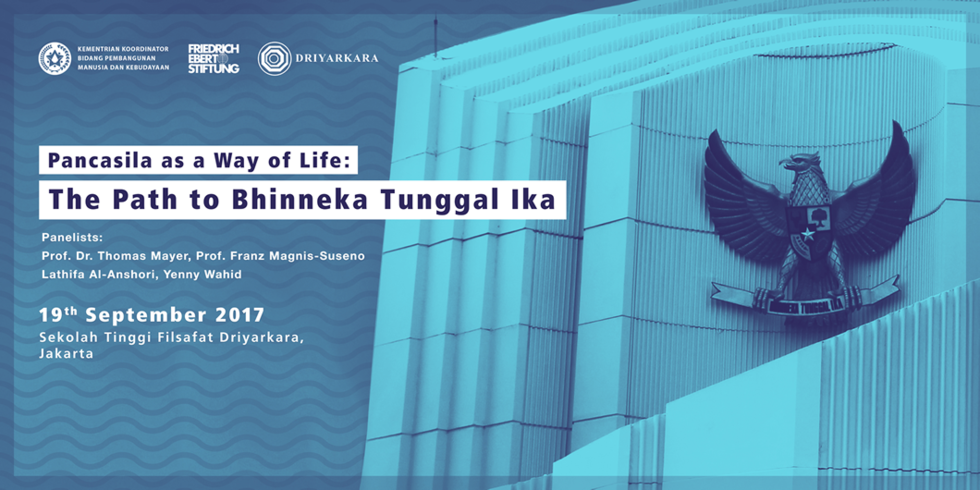 Prof. Thomas Meyer presented the concept of three layers of socio-cultural identity;
The belief culture (ways of belief)
The socio-culture of everyday life (ways of life)
Political & Civic Culture (ways of living together)
By acknowledging these differences the third layer determines the process how diversity of religion and lifestyle in society lead to mutual recognition of the equal value of cultural and religious identities.

The panelists discussed about a wave of negative political populism that could be currently observed in Europe, the US as well as in Indonesia.
In the Indonesian context, the importance of the Pancasila as an impressive set of commonly accepted values as orientation and compass of a pluralist and inclusive society has been underlined by all panelists. In Indonesia, we have the privilege of having Pancasila, said Yenny Wahid. Romo Magnis referred to Pancasila as a reflection of the big heart of the Muslim majority population in Indonesia.

Pancasila was accordingly characterized as a social compromise for the benefit of the whole society. The panelists therefore stressed that everyone – not only politicians or mass organization like Nahdlatul Ulama or Muhammadiyah – have to contribute to preserve Pancasila and bhinneka tunggal ika in times of rising intolerance. According to Lathifa Al Anshori the millennials should be also on the forefront to fight for Pancasila.

The Panelists last but not least agreed that social inequality is also playing an important role for the rising polarization in society. The sense of injustice is quite important to be more prone for radicalization, said one of the panelists.

Yenny Wahid therefore advocated that […] “we have to build human fences to link up people of different religions, ethnic and social background, instead of building fences around our houses.”[…]