Young engaged Indonesian students from various background took part in the Sekolah Harmoni Indonesia, a program highlighting the importance of tolerance in a pluralist society and the role of Pancasila as a guiding philosophy in the cultural diversity in Indonesia. 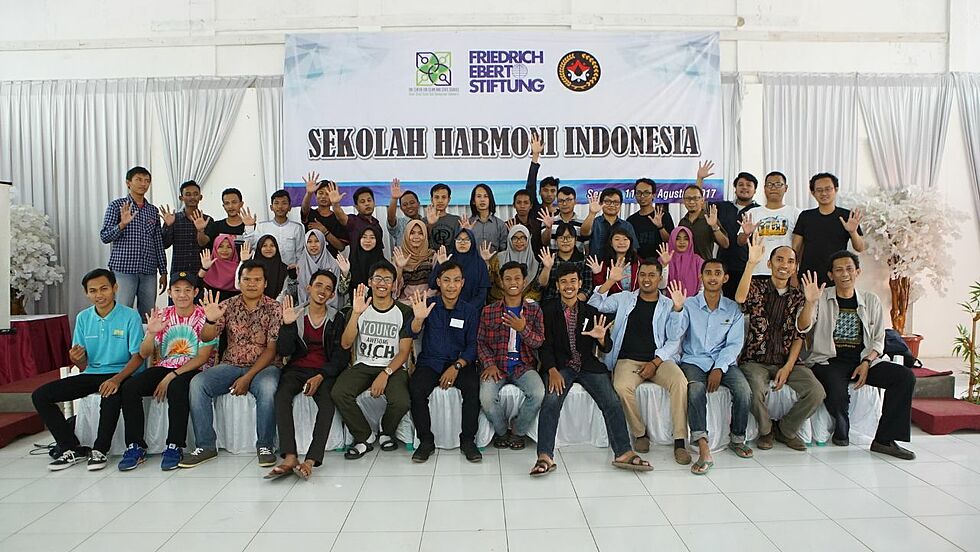 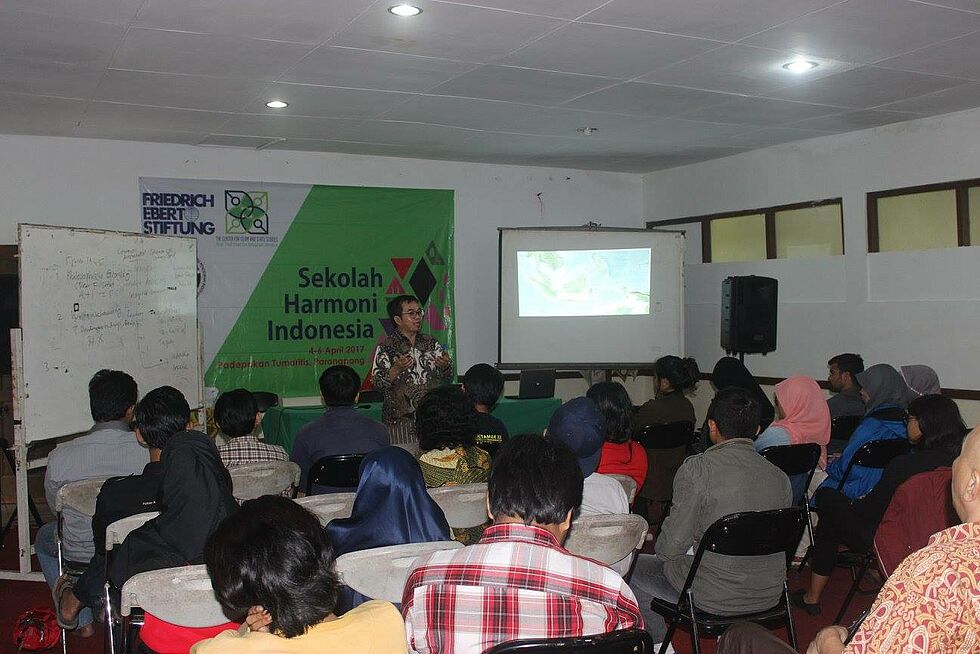 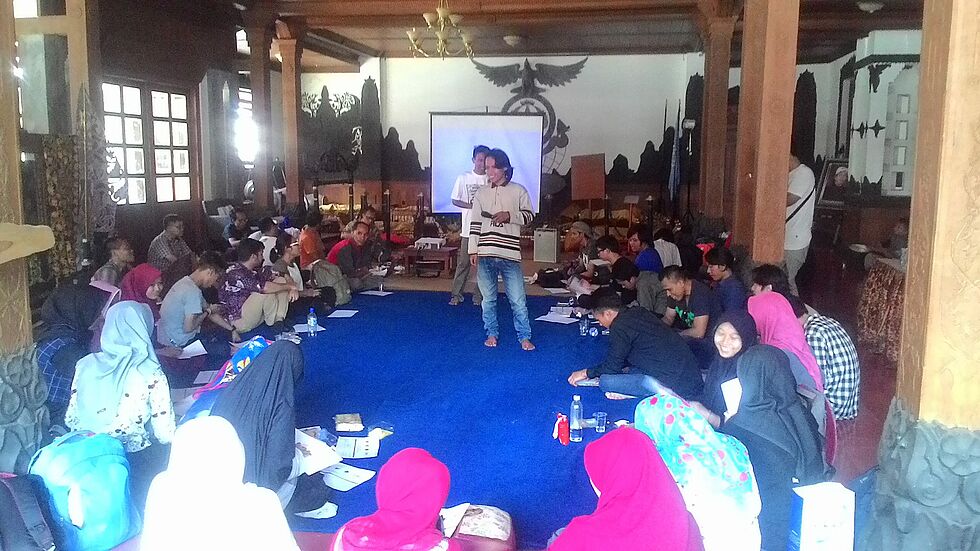 Friedrich-Ebert-Stiftung Indonesia in cooperation with the Center of Islam and State Studies (PSIK - Pusat Studi Islam dan Kenegaraan), our implementing partner, invited young engaged Indonesian students from all works of live, religious and cultural background to join our seminar on religious tolerance and pluralism termed the Harmony School (Sekolah Harmoni Indonesia - SHI). SHI was conducted in Bandung, Garut, Serang, Kunningan and Lebak District and was attended by about 200 students in total and lasted 2.5 days.

PSIK with its highly qualified scholars and activists such as Yudi Latif, who is now the head of the Presidential Working Unit on the Advancement of Pancasila (UKP-PIP) and network of resource persons from all kind of religions and believe systems, elaborated on the importance of tolerance in a pluralist society from various angles and highlighted the role of Pancasila as a guiding philosophy.

Yet, far from being caught in abstract discourses, the PSIK-staff engaged the participants in vivid discussions, talked about mediation in post-conflict areas, showed how cultural pluralism is a source of inspiration for the arts and tourism and elaborated on the importance of social justice.

The highlight of the SHI-events were excursions to houses of worships of different religions and visits to adherences of Sunda Wiwitan. At these occasions, participants were able to ask questions and learned about the fundamentals of other religions but also about the common cause of every religion in striving to advance the common good.

As such, Sekolah Harmoni Indonesia was successful in showing examples on how Pancasila can be understood and practiced as a way of live and made participants take pride in the cultural diversity in Indonesia and tolerant approach of its citizens and leaders to national unity - Bhinneka Tunggal Ika.