The half-day event-launching of the book: Indonesia – Emerald Chain of Tolerance was jointly organized by the Institut Agama Islam Negeri Mataram, the Indonesian center for Islam and state studies (PSIK) and FES Indonesia, with support of the Coordinating Ministry of Human Development and Culture (Kemenko PMK) on 3rd May 2017 in Mataram, Lombok. 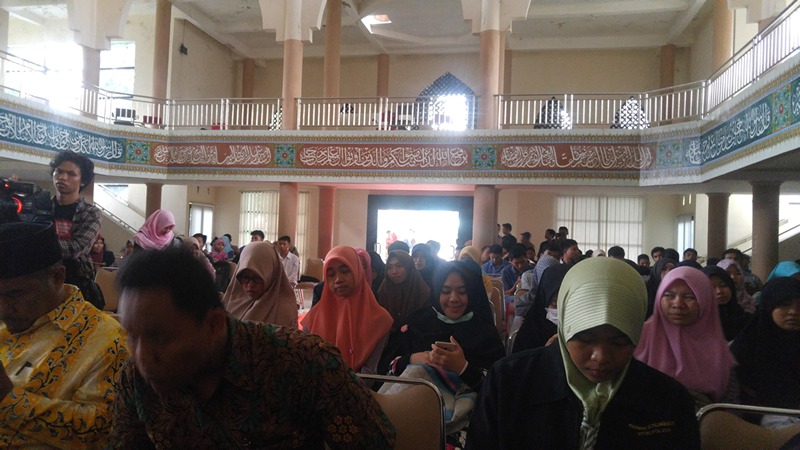 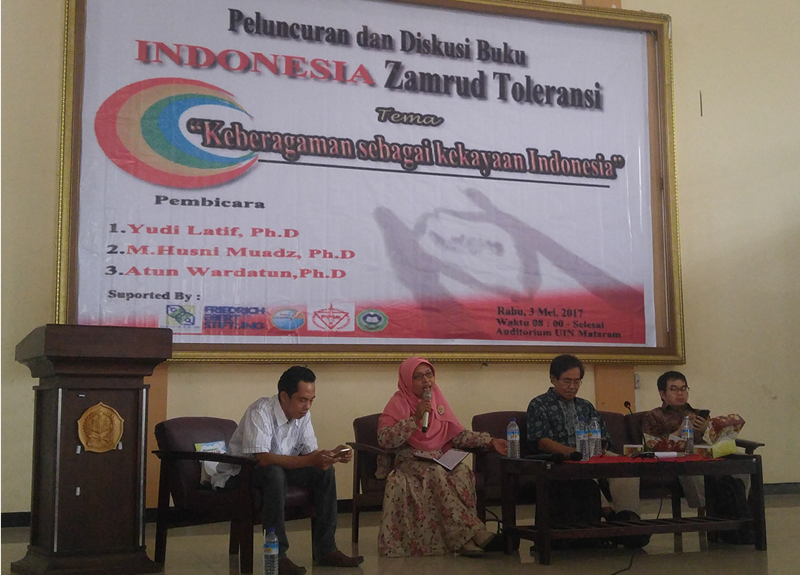 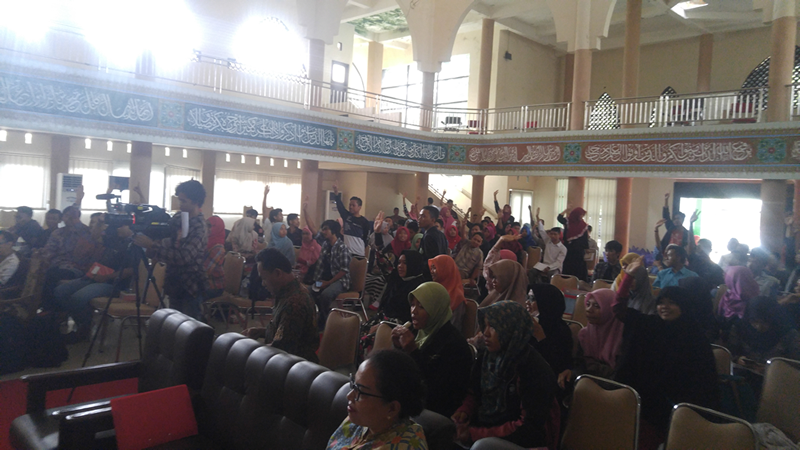 The book and related educational and audio-visual products, presented by the renowned scholar Yudi Latif and his team, is a compilation of real-life examples of tolerance in Indonesia - based on symbols, practices and personas. The geographical range that has been covered during the preceding field mapping of multi-ethnic, multi-religions, multi-culture, multi-beliefs and multi-practices provides rich realities of lived tolerance which are now presented across Indonesia.

Lombok, which defines as a nation bridge the transitional zone between Asia and Australia is considered also a cultural bridge between different ethnics, their culture and religion. At UIN Mataram Yudi Latif discussed with local experts like Atun Wardatun and Husni Muadz the big question; how to preserve unity and diversity amid signs of growing intolerance.

The panel described diversity as a blessing and the biggest asset of the nation that needs to be celebrated and protected.

According to the panelists Pancasila – represented and materialized by gotong royong in daily life - provides an impressive set of commonly accepted values as orientation and compass of a pluralist society and therefore also the quintessence as well as the guarantor of Unity in diversity - Bhinneka Tunggal Ika - in Indonesia. 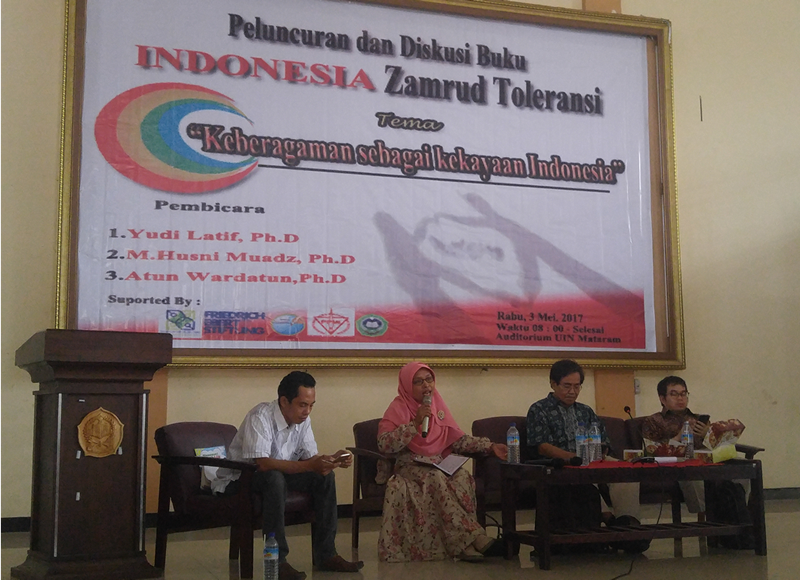 In Indonesia diversity is generally seen as a blessing and the biggest asset of the nation that needs to be celebrated and protected. Bhinneka Tunggal…